The recent news about a 10,000 lay-offs is just another nail in the coffin of the already dead Nokia.

Nokia is very dear to me, since it is my worst single loss in the stock market ever. 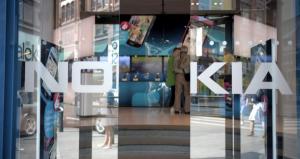 In 2009 I praised Nokia strategy. I had researched thoroughly the mobile phones market and at the time it seemed to me that Nokia had a really good strategy. But I made a judgement mistake, Nokia didn’t had every competence it needed to execute on its strategy, it lacked software skills. Not that they didn’t had any software skill, it’s just that they weren’t enough developed. This is something that I have changed on my investment style has you can learn on “European Jewels – Banco Santander“, I never invest on companies that do not have every competence they need to implement good strategies, even if the strategy seems great.

Although I was well informed I thought that Nokia would develop software skills on time, something we will never know, because the Board of Directors (BoD) fired the CEO and changed its strategy to software outsourcing.

My mistake here was to let myself fall for some wishful thinking that the software weakness wasn’t that bad. This way I exposed myself to several miscalculated risks, like a sudden change of strategy, by the BoD, which in the technology sector is always painful… for the shareholder.

The end to this story came on 11 February 2011. For a couple of days rumors had been around about a change of strategy in favor of Microsoft operating system. For me that strategy didn’t make any sense, so I thought that it was just smoke. On that 11 Feb morning, when the news came out I wasn’t on me, I couldn’t believe the stupidity. However, I had the cold blood to get to my broker and dump the shares that I had hoped to keep for a long time. That was the only smart move I made with Nokia.

But do not think that my mistake was bad, for me much worse would be to keep the shares of a company that I didn’t believe in anymore. That would have been painful either emotionally and financially. Therefore this was on the few times where market panic and myself were in the same direction. Which is something I rather avoid.