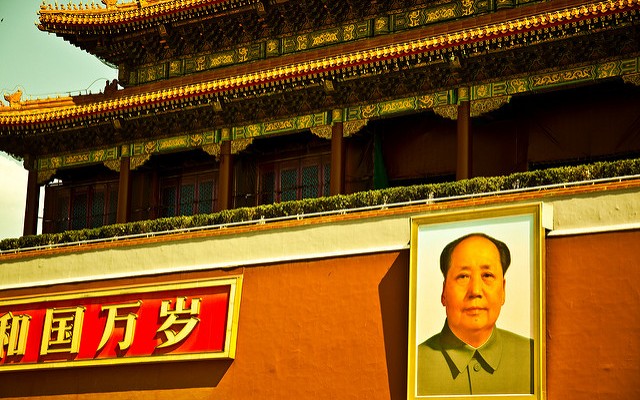 According to the same publication, the SSE 50 is trading at 9 times earnings and returned -6.49% during the last 12 months.

Probably, this makes a pretty good opening case in favor of Chinese stocks. However, first, we need to understand what is happening.

Why Is China Decoupling From Developed Markets?

We might formulate the following reasoning: the trade war is leading to weakness in the most vulnerable economies. Countries with current account and budget deficits, together with shallow depth external reserves, are more likely to suffer from the shock waves of the trade war.

Imagine we were entering the year 2017. Looking at the following tables, which countries do you think would be more likely to have a currency crisis?

Remember that reserves are mainly influenced by trade, remittances and loans. For instance, countries can improve their reserves by being net exporters, receiving remittances from emigrants or taking loans. However, taking loans is only a temporary measure and might even produce a debt crisis near maturity, if the roll-over is unlikely.

Since governments don’t usually want their citizens fleeing the country, incentivizing emigration to build a steady flow of foreign currency is not a viable long-term policy. Therefore, we might assume that countries with balanced budgets and net exporters are the ones who should be able to grow their currency reserves steadily.

Theoretically, countries under the current flexible foreign exchange system shouldn’t need reserves. However, evidence has made it clear that countries with high levels of reserves have been less subject to crisis impact.

Looking at table 1 and table 2, we can easily see which countries are being molested during the current currency crisis. Argentina, Turkey and South Africa have low ratios of total reserves to external debt, and very high ratios of short-term debt to total reserves, meaning that they are debt-ridden economies, showing signs of solvency issues in the short term. The trade war and higher interest rates in the US, happening simultaneously, were the catalysts to deploy the bomb.

Emerging markets are suffering the contagion from the panic in countries like Argentina, South Africa and Turkey.

As you can see in Graph 1, China was completely caught in the Emerging Markets drama. During the last 8 months, the Chinese SSE Index has underperformed the S&P 500 by more than 26%. This is huge and, probably, overdone. For instance, Colombia performed much better.

Is The Chinese Decoupling Warranted?

The US over-performance over the rest of the world is a reminiscence from the quantitative easing days. Back in 2008 and 2009, a great part of the QE money went straight to emerging markets, helping fuel a bull run there. And, at the time it had a big impact in the fragile five countries (Brazil, India, Indonesia, Turkey and South Africa). Now that the money is being recalled, the dollar is getting stronger, part is going to US equities, while currencies and stocks in emerging markets are suffering.

We can speculate that part of this movement is blind to fundamentals, and we are just watching a herding effect. For bold and thoughtful investors, this is great news. That means good and bad fundamental emerging economies are getting cheaper alike. Investors will be well rewarded just for separating the wheat from the chaff.

Obviously, we run the risk of everything going astray. Moreover, the stabilization of the current macroeconomic situation might call for a dovish stance from the Fed. In previous times, it would be possible to get the EU, USA and China to agree on Central Bank measures to alleviate the situation, but presently that is unlikely.

Therefore, we cannot ignore the dark clouds on the horizon. We might have to see this through and face contagion at a global level. The fragile economies might be shut down from the global financial system, banks in developed economies might face losses, credit may contract and a recession emerges in the developed markets.

Another interesting problem might be the reemergence of inflation due to the tariff war. Part of imports are intermediate products used for developed countries’ exports; this means that tariffs might bring an inflationary outbreak. If credit contraction and inflation happen at the same time, we are in for some interesting times.

Working Hypothesis: China Will Step In The Global Scene

A possible scenario is China pursuing closer ties with the EU, Russia and other emerging markets. China already has a global policy for the world stage. The One Road, One Belt initiative is one good example of that. We should expect the acceleration of these type of initiatives. That could tackle two goals at the same time. Helping emerging countries now will make China the favored partner, in detriment of the traditional US role. And, getting closer trading ties might mitigate the potential inflationary pressures stemming from tariffs.

Additionally, China has been decreasing its dependence on international trade, while developing its internal market.

All-in-all, it is likely that China will step-up into the international stage and use some of its reserves dry powder to mitigate the current currency crisis. If that happens, we will see the trend reinforce towards a bigger Chinese internal market. Which in turn means that Chinese companies, especially the ones exposed to the consumer market, are poised to thrive. Given the fact that Chinese companies are trading at a discount relative to the US markets, thoughtful investors searching for value might want to start looking for places in China to apply their appreciated US dollars.

Presently, going long the Chinese stock market seems like a smart move, but nonetheless, just don’t forget that it will be a turbulent ride in the short term.

2 thoughts on “If You Are Looking For Value Stocks, Try China”