Peugeot announced profits around EUR 1.2 billion (USD 1.3 billion) in 2015. These are great results, well above expectations especially those in the beginning of the turnaround.

Many investors were pessimistic about the success probability of the turnaround strategy. I wasn’t among them. Back in 2014, I covered the capital hike and the new shareholder structure being proposed by the board. 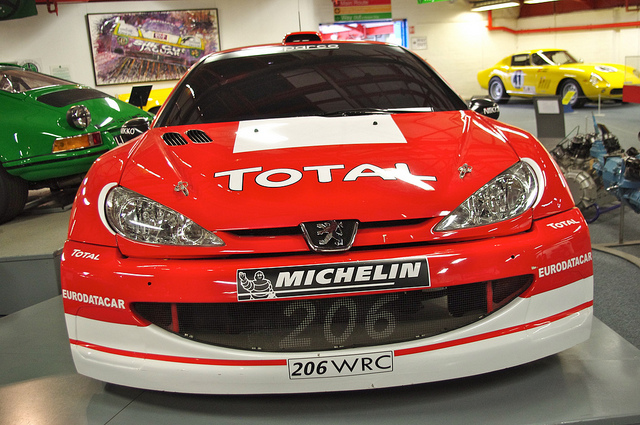 I saw tremendous benefits from the structure of the deal. Firstly, the money was terribly needed for urgent investments in plants, product developments and to tranquilize both investors and clients. Secondly, the entry of Dongfeng in the shareholder structure was a clear sign that Peugeot’s penetration in the Chinese market was going to improve significantly. Finally, the entry of the French state was all but a threat. The French state had all the incentive to promote the business success of the company and at the same time to control any possible animosity between the management’s strategy and the unions. So far, all these the factors have worked very well for the company.

Additionally, the recruitment of Carlos Tavares was a great move on top of the whole deal. He is a lean philosophy manager, very capable of pursuing an efficiency seeking culture within the company. Therefore, PSA has made huge progresses in terms of efficiency. Since taking the CEO seat, back in 2014, Mr. Tavares has worked to achieve less inventory, to reduce the number of platforms in the car offering and to modernize plants.

However, what makes Mr. Tavares the best choice for Peugeot is his sensible feeling for the product. As a car lover, he is very involved with the product development and the brand positioning. This has resulted in changes in PSA’s brand portfolio. Peugeot has been positioned as a rigor oriented brand, focused on the French tradition and competing with the likes of Volkswagen, Ford and GM.

On the other hand, Citroen has become the feel good oriented brand. By emphasizing comfort and security, Citroen is trying to be the alternative brand. The design of the Citroen Cactus is one good example of this alternative approach.

Finally, the newly created DS brand is a long-term project to create a premium brand on the same terms as Volkswagen nurtured Audi. It will take a very long time to grow the prestige that the DS brand needs to succeed but PSA has been clear stating that, even with low volumes, DS has already achieved good margins. However, there might be an accelerator for the DS brand: PSA has a long history and tradition in motorsport. Let’s wait and see how they play that card.

A word must be said regarding the fact that some of these changes were already happening when Carlos Tavares entered the company, but that only reinforces the idea that PSA has a good team in place.

One of the factors that has helped to improve the company’s margins was the decision to cut with the traditional practices of steep discounts to try to take on stronger rivals such as Volkswagen. The company argues that the present restructuring has allowed the break-even point to drop from 2.6 Million to 1.6 Million vehicles per year. As I said, the lower break-even point will not be used as a way to offer discount, instead the company intends to protect pricing even if this means selling somewhat less units. Avoiding brand dilution has become a priority.

The main problem for the company seems to be the rate of technological development in the sector that shows signs of rising rapidly. With Google and Apple positioning as possible entrants and Tesla trying to get its way through, it seems like the rate of tech development has picked up the pace. Whether it is engine technology (EV, Hybrids or Hydrogen) or software development for cars (self-driving vehicles), this might be too much for Peugeot to counter attack in a tight budget.

Even if, at first glance, the previous point seems gloomy, it might also act as an incentive to keep monitoring further developments in the sector and to make parsimonious strategic investments. Actually, this might even help PSA in its fight to keep up with technology. Instead of going all-in on the next tech trend for cars, Peugeot might be better-off by waiting and seeing how this mess plays out. There are a couple of good reasons for that.

Firstly, the product cycle is much longer (5 years) than the usual markets where Apple and Google operate. This means that any revolution will take more time to kick in than in traditional tech driven sectors. This in turn, gives more time to correct the development path. Secondly, PSA might prefer to wait and see which tech widely adopted. Sure, the company arriving first will get first move advantages, but we all know that in the past many companies have been unable to really secure the advantages of being first. And finally, there is always the possibility of making a partnership to compete more effectively. One example is Samsung that, after partnering with Google to get its Android OS, became very competitive in the Smartphone arena (there were other factors but partnering with Google was a huge positive strategic decision).

All in all, the year 2015 was the best for PSA in half a decade. The company was able to dispel the doubts about its survival and it seems to be back in the race against all odds. There are some clouds in horizon but at least there’s also a momentum growing inside PSA.