Modern Monetary Theory (aka MMT) is now in vogue as some democratic candidates line up for the Presidential election.

MMT is a simple idea. Basically, instead of assuming that money began with barter, as a way of easing transactions, it assumes that taxes were the real origin. Governments would incur in paper debt, and taxpayers had to cancel those debts, through taxes, by buying the paper from the holder of those debts and deliver it to the treasury.

It seems innocuous, but it has some complex ramifications. In the contemporary world, that would mean that when the government spends more than it taxes, it would be crediting the banking system reserves. On the other hand, when it taxes more than it spends, it would be withdrawing money from the banking reserves. Interestingly, when governments incur in huge deficits, the bank’s reserves will get flooded with money, and they will start competing for the short term instruments to deploy that money. Basically, pressuring lower interest rates.

If the MMT holds, we might have increased budget deficits and no consequences. In other words, MMT uses the government budget as a tool to keep unemployment near its natural rate (very Keynesian).  That’s possible because, according to the MMT, a high unemployment rate is a symptom that the economy needs more money in circulation. That’s definitely an interesting debate to have with friends over a cup of wine. But, I fear that, during this late cycle, it might be just fuel to the next recession (or depression, I might add).

I find the MMT a breath of fresh air, in the field of economic theory. Back in 2011, while working as a trader during the sovereign debt crisis (in Portugal and Greece), I advocated that Europe should print money to fend-off speculators, and to provide a monetary stimulus to the Southern countries. At the time, the evidence was very clear: there were strong deflationary trends that would offset inflationary pressures from printing money. As you might guess, most of my fellow traders disagreed with me.

But the truth is that the conditions for an MMT experiment were there, and the ECB ended up printing money. However, it was far from what I advocated (the printing was sterilized), and I believe that Europe is still paying the price of its slow response. And, one of the main reasons for that was the hesitation in letting the banking system to fully assume its losses, and start from scratch. After more than ten years, German banks are still struggling. With MMT kind of response, it would have been possible to let the bankrupt banks fall, transfer depositors’ money to new institutions and provide public money to these new banks. After normalization of the financial conditions, you could privatize healthy institutions and get more than your money back.

Now, keeping it real, I must add that the problem with that narrative lies on the normalization part. It is assuming that all politicians are responsible and capable of exerting a parsimonious use of the monetary printing press. It is doubtful that, in prosperity normal years, politicians wouldn’t force budgetary deficits, even if completely unnecessary. The problem is that when the bad times really come, the money in circulation might be too much and an inflationary outburst follow.

Hence, the danger in this monetary approach. It would have been a tremendous help for Europe, back in 2011, if used as an emergency tool. However, it is arguable that, if it had worked back then, politicians would ignore the context and try to use it out of time, seeding future troubles.

The fact that President Trump seems to be de facto using it, and other potential candidates are considering to convert it into a monetary tool in times of prosperity, should scare us all. In the short term it would be great, but, in the long run, an inflationary outburst is likely, if not certain. 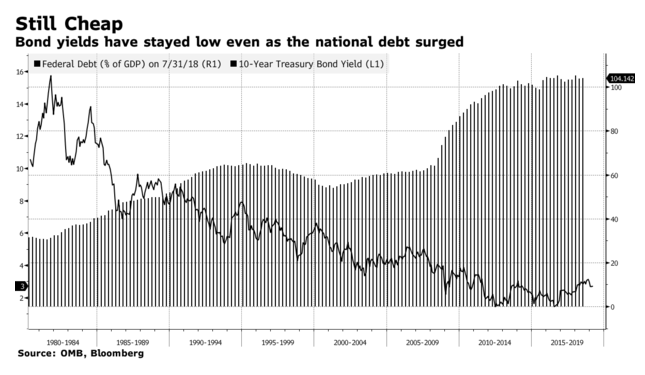